The company tells Bunkerspot that it will be offering a Shell 0.50% sulphur product on a spot basis from 15 October.
As previously reported, Stonewin began physical supply at the Mauritian port in January, offering IFO 180, IFO 380 and marine gasoil. In May this year, the company also flagged up its intention to offer 0.50% sulphur IMO 2020-compliant product at Port Louis and at the time it noted that there was keen marketinterest to take the fuel from Q3 onwards.

A company spokesman told Bunkerspot that, in addition to the imminent spot availability of the product, it has also agreed terms on several contracts, including one with a container line, and more firm enquiries are in the pipeline. Contracts to date have been for small volumes of less than 5,000 metric tonnes a month, hesaid.

‘We are positively surprised on the number of firm inquiries for delivery in October’ he noted, adding that he believed that buyers are looking to stem volumes of 0.50% sulphur fuel in order to mitigate any risk of having to debunker high sulphur fuel remaining onboard in the IMO 2020 transition phase.

Stonewin says it is currently the only supplier to offer VLSFO in Port Louis. According to its spokesman, there is no sign as yet that the market’s appetite for HSFO is diminishing. After the 2020 deadline, however, the company says its primary focus will be on the supply of 0.50% product, although it will continue to offer HSFO and MGO if required.

Speaking about Stonewin’s term deal with Shell for the major’s 0.50% product, he noted that securing an assured product would provide client reassurance and avoid the potential for any quality problems or claims.

Looking ahead, the company is anticipating healthy demand for the IMO 2020 product, particularly from vessels trading in the area and some 5-10 days sailing from the large bunker hubs.

'Port Louis is a good and safe place to bunker and no deviation is required,’ he said.

‘We have had a good experience in the Mauritian market and volumes are growing - and we have the appetite for more operations.’

He also highlighted the support given by the Mauritius Ports Authority to growing the sector. ‘The MPA is flexible and easy to work with and has a proactive approach to developing the bunker market,’ he said. 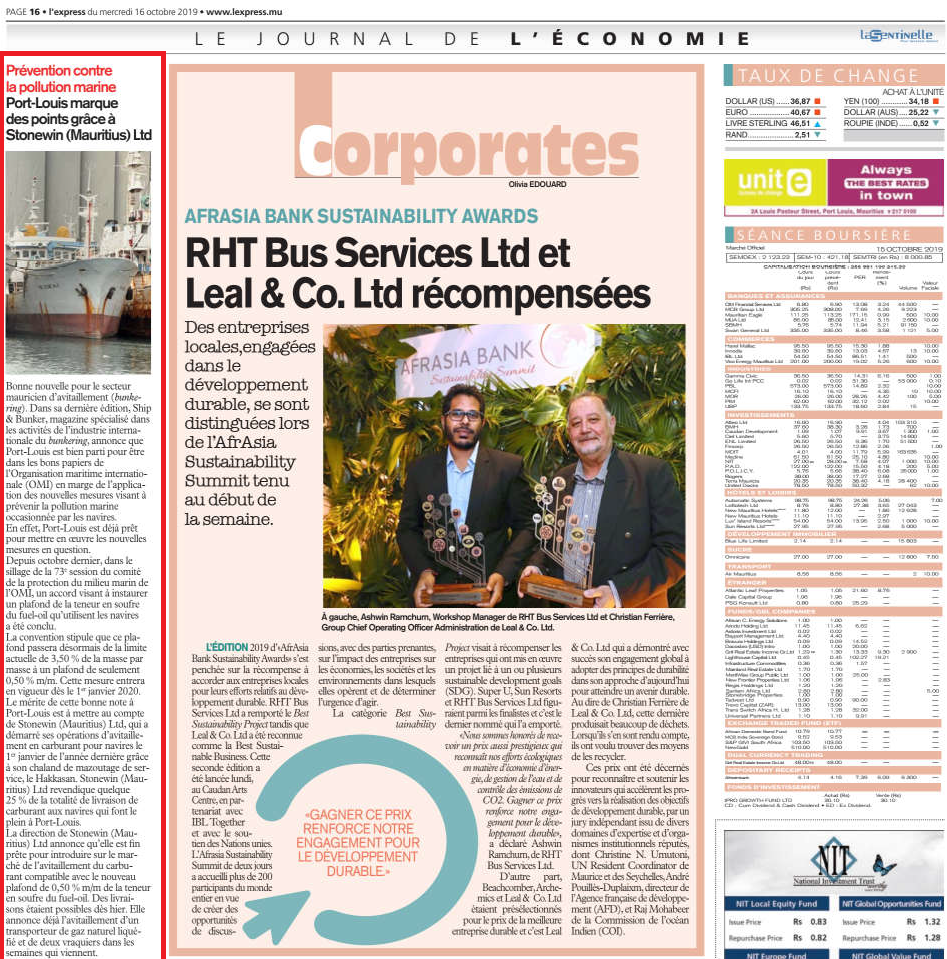